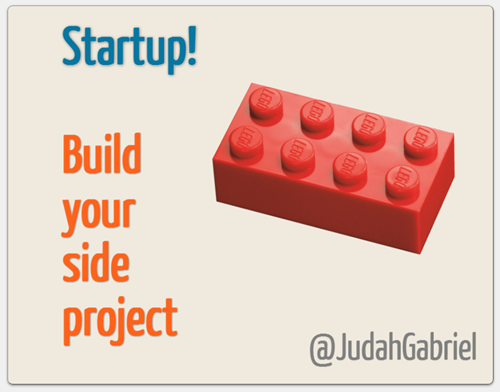 It may sound grandiose, but it’s essentially true: developers have a superpower. We’re the inventors of the modern age. We have a unique power that is new to humanity: we can build useful things and instantly put a thousand eyeballs on it. All for about $0 and very little time investment.

(My startup company, BitShuva internet radio, was the product of about a weekend’s work, where I churned out a minimally viable product and published it in 2 days. The net result is several radio stations across the web and a few thousand dollars in the bank.)

The things we’re doing with software are diverse and jaw-dropping:

Software is doing that, and more: giving us turn-by-turn directions, driving our cars, winning Jeopardy!, challenging Chess champions, letting us communicate with anyone in the world at anytime…the list is staggering and is only increasing.

And we, software developers, are the ones who make it all happen. This bodes well for our careers.

Building software is a superpower that shouldn’t be wasted building CRUD apps for insurance companies. That may be necessary to pay the bills, but developers should build their side projects to advance their goals and tackle the things they want to tackle.

Build your side project, build what’s interesting to you, build what you think the world needs. If nothing else, you’ll expand your horizons. And if it works out, you might just have contributed something useful to the world and even made a little money on the side.

Looking for good software & technology conferences in 2013? I did a bit of scrounging around, talked with some colleagues, and came up with this big list of 2013 dev conferences, ordered by date.

If you’re into futurism and technology evolution, The Singularity Summit might be for you, with speakers like Ray Kurzweil and Peter Norvig. The dates for 2013 are yet unannounced.

As for me, I’m headed to anglebrackets/DevIntersection in April. This dual conference will host speakers like Scott Hanselman, Phil Haack, Damian Edwards, Elijah Manor, Christian Heilmann. Should be a blast!

Know any good conferences not listed here? Let me know in the comments.